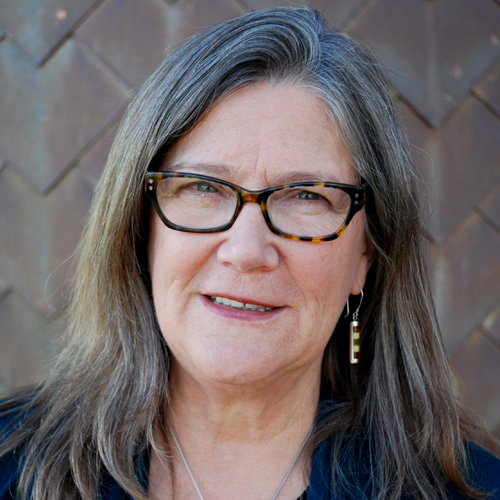 Alison Hawthorne Deming received an MFA from Vermont College and is a professor in the Department of English in the College of Social and Behavioral Sciences and an affiliate faculty member in the Institute of the Environment.

Deming, who is a poet and essayist, writes about nature and science and is the author of four books of poetry and five books of nonfiction, including Science and Other Poems (LSU Press, 1994), Genius Loci (Penguin, 2005), Writing the Sacred into the Real (Milkweed, 2001), Rope (Penguin Poets, 2009), and Zoologies: On Animals and the Human Spirit (Milkweed Editions, 2014). Deming is also the editor of two anthologies. Her writing has been widely published and anthologized including in Southwestern American Literature, Verse and Universe: Poems on Science and Mathematics, and Best American Science and Nature Writing.

Deming serves on the boards of Orion magazine and Terrain.org: A Journal of the Built + Natural Environments and is a senior fellow with the Spring Creek Project at Oregon State University. Deming also curated the poetry installation at the Jacksonville (FL) Zoo and Gardens in collaboration with the Language of Conservation Project sponsored by Poets House.

Deming has received many awards for her writing, including a Walt Whitman Award from the Academy of American Poets, a Pushcart Prize, the Pablo Neruda Prize, the Bayer Award in Science Writing, two National Endowment of the Arts fellowships, a Fine Arts Work Center fellowship, and a Wallace Stegner fellowship from Stanford University.