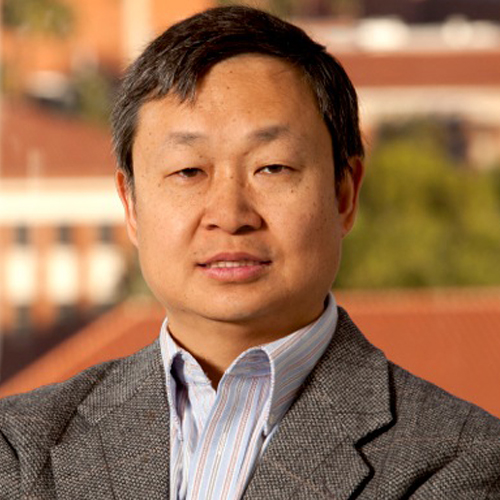 Through over 130 peer-reviewed publications, Dr. Zeng's research interests include land-atmosphere-ocean interface processes, climate modeling, hydrometeorology, remote sensing, and nonlinear dynamics. He has given over 90 invited talks at conferences and institutions. His research products (including computer models, algorithms, and value-added global datasets) have been used by major national and international research centers and numerous groups worldwide. He also co-founded the Hydrometeorology M.S. and Ph.D. Program, which is the first such program in the U.S. He is a Fellow of the American Meteorological Society (AMS), a Corresponding Member of the China Science Center of the International Eurasian Academy of Sciences, a Galileo Circle Fellow of the UA College of Science, and the Honorary Commander of the 25th Operational Weather Squadron, Davis-Monthan Air Force Base in Tucson. Dr. Zeng also received the Special Creativity Award this year (2014) from the National Science Foundation. He has held numerous leadership positions at national and international organizations and committees, including service on the National Academies Board on Atmospheric Science and Climate.